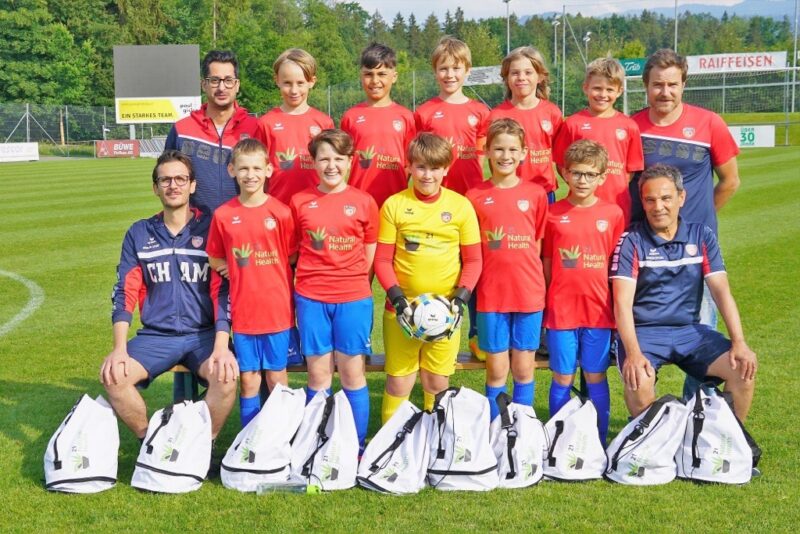 As a company based in Cham, we are proud to be able to support our local football club in many ways. SC Cham is one of the oldest and largest football clubs in Central Switzerland. Since its founding in 1910, its purpose has been the practice of the sport of football as well as the cultivation of camaraderie and sociability. Today, the club is an important pillar of the sports community, especially when it comes to children and young people. It is impossible to imagine life without it.

As a Cham resident, our founder Diraj Dass wants to support his local community with his companies that are also based in the region. “We strongly believe in the values of the club and are proud to support by giving children the opportunity to do a sport that requires little entry barriers and helps them, and their families integrate in the community.”

The first team of SC Cham is already playing in its eigth season in the third highest league, the Promotion League. The team is made up of many talented players from the region, who continue to make the big effort as amateurs. SC Cham is currently number 3 in Central Switzerland behind FC Lucerne and SC Kriens and also sees itself as a training club for young talents who have not yet made the leap into the professional arena.

In addition to financial sponsorship and club support, the players and physiotherapy team have access to our products. “We use the Active product in particular a lot and it helps the boys especially after strenuous games and training when they have heavy legs.”, says Sonja Berner, the team physiotherapist. 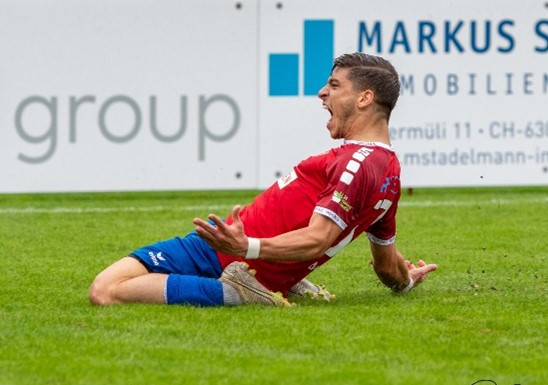 “We are very grateful that we were able to start the cooperation with 21 Natural Health. The talks were very positive from the beginning and we are keen to intensify the activities in the future. We have several ideas which we now need to implement so that both sides can benefit. The sponsorship helps the club with its more than 500 members enormously and enables the club to continue to stand on financially stable legs,” says Marcel Werder, sports director of SC Cham.

We look forward to meeting the community around the club either at the games or at various events we aim to organise in the future.

About 21 Natural Health: 21 Natural Health offers products based on essential oils. With over 25 years of experience in natural medicine, our various products have been developed according to traditional formulas and manufactured according to modern practices under GMP (Good Manufacturing Practice). In addition, our oils are awarded the “excellent” seal of approval by an independent Dermatest Institute.

21 Natural Health promotes local partnerships and works together with the zuwebe foundation. 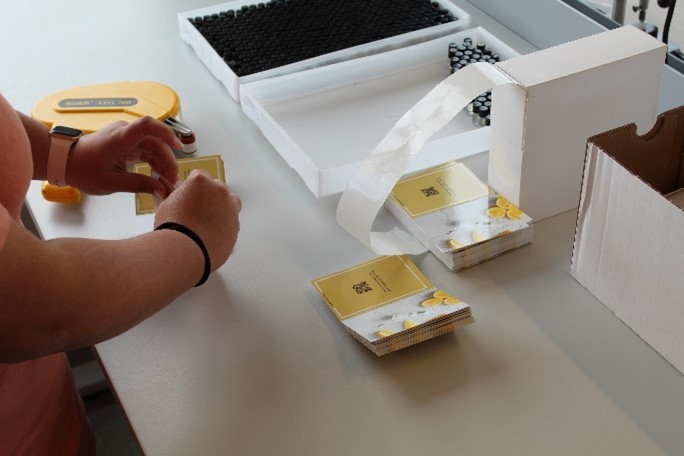 We are pleased to announce our cooperation with the zuwebe foundation. The zuwebe foundation is the largest institution in the canton of Zug. The foundation focuses on the support and integration of people with disabilities in the areas of work, education and living. At several locations in the canton of Zug, they offer work opportunities in very different sectors and act as a service provider and cooperation partner for industry, administration and trade.

“We are grateful to have zuwebe as a partner in the assembly and packing of various orders for 21 Natural Health, such as preparing our product samples. As a company from Cham, we are proud to support local projects and the zuwebe foundation.” Says Diraj Dass Founder of the company.

René Landolt (Chairman of the Executive Board): “We are happy about diverse orders like the ones from 21 Natural Health. These give people with disabilities the opportunity to pursue work and develop independently.”

About 21 Natural Health: 21 Natural Health offers products based on essential oils. With over 25 years of experience in natural medicine, our various products have been developed according to traditional formulas and manufactured according to modern practices under GMP (Good Manufacturing Practice). In addition, our oils are awarded the “excellent” seal of approval by an independent Dermatest Institute.

Join Waitlist We will inform you when the product arrives in stock. Please leave your valid email address below.
We use cookies to ensure that we give you the best experience on our website. If you continue to use this site we will assume that you are happy with it.I acceptPrivacy policy